From 2012 to 2016, I conducted my PhD research at the Swiss Ornithological Institute (“Vogelwarte Sempach”) in Sempach, Switzerland. To increase our understanding of the annual cycle of migrating birds, I investigated the migration routes, timing, non-breeding sites, but also potential consequences on reproductive success aspects in Hoopoes Upupa epops and Wrynecks Jynx torquilla using geolocators that were deployed between 2010-2015 on individuals of breeding populations in Southern Switzerland (Valais) and likewise used data on breeding phenology for the same time span.

First, we investigated the potential effect of carrying a geolocator in Hoopoes on a range of parameters, ranging from fledgling weight to apparent annual survival. We found that Hoopoes were not affected by carrying a geolocator with a weight corresponding to <2% of their body mass and conclude that with the proper design and an as low as possible relative weight of a device, they can be used and give invaluable insights into detailed migratory behaviour of an individual (see here). 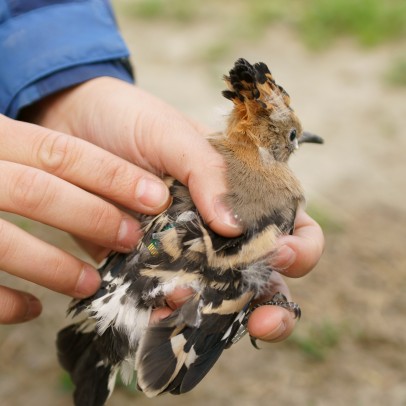 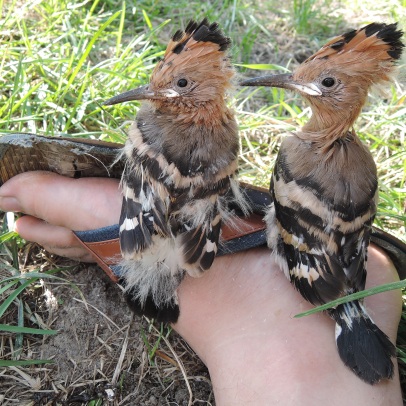 When we used these geolocators for the first time on Wrynecks, we found that contrary to previous believes, Wrynecks from Central-European populations are short-distance migrants wintering in Northern Africa and on the Iberian Peninsula (see here). Similar to their breeding grounds, in their non-breeding grounds they prefer agricultural habitat with shrubs/orchards and patches of open, sandy soil where they can forage on ants, their main food source (see here). Both findings have implications for understanding the mechanisms behind population dynamics of not only Wrynecks, but also other migrants, since assumed whereabouts of migrating birds outside of their breeding range, might thus be located elsewhere than assumed to date. 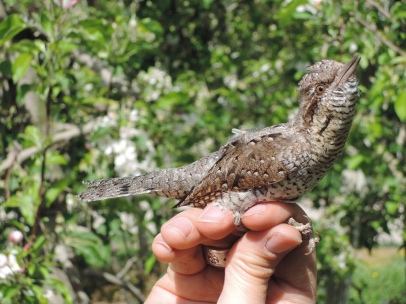 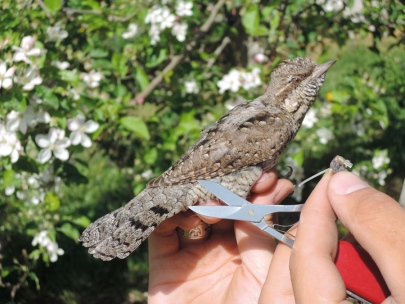